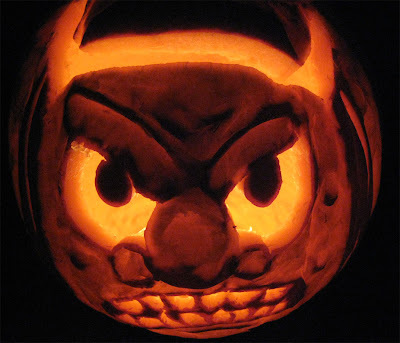 I know I should be grading papers tonight—and I'm about to get back to work—but I just couldn't let the season go by without doing something to mark the arrival of Halloween, which is my favorite holiday. Last year, as a special treat for our blog readers, I posted some Halloween Fun Comics, a choose-your-own-adventure story that is included in Satisfactory Comics #7.

This year, because we're likely to get trick-or-treaters here in Burlington, I decided to do something people could enjoy without being on the internet.

It started with one of the best demons from our Demonstration book, the Dark Abbess. 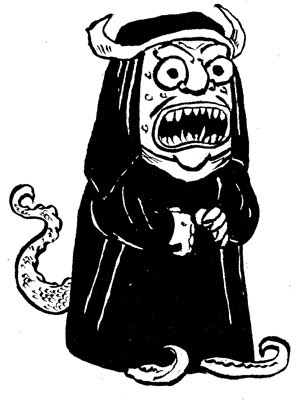 (Well, actually, it started with a bunch of sketches and doodles. I was originally thinking that I might make a punkin with the werewolf from "The Graveyard of Forking Paths.") 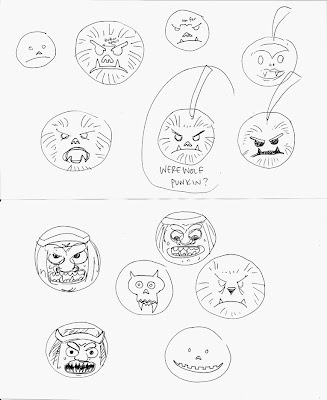 But once I'd settled on the Dark Abbess, I had to figure out how to make the shading work. I couldn't put her pupils in the middle of her eyes and also carve out the eyes for light to come through... 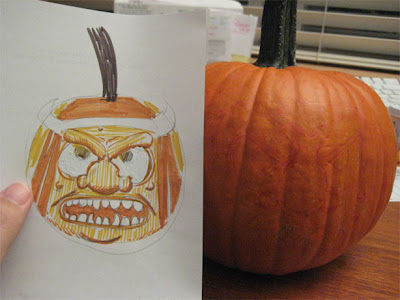 ... but it looked like this was going to work. (I did have to upgrade to a bigger pumpkin.) And so, with a little handheld pumpkin jigsaw knife and a regular old craft knife, I started carving, and about an hour and a half later, I had this: 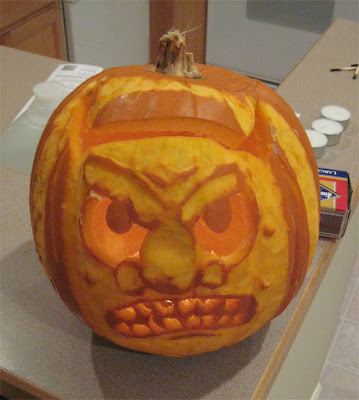 Let's turn off the lights and enjoy that the way it's intended to be seen. You can click this picture to enlarge it. 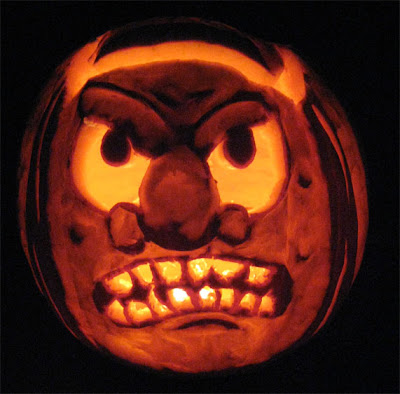 ... And I'm still not done with that grading.