Walt Kelly's illustrations for The Glob

It's August 25th, the birthday of Walt Kelly, which means that for me it's practically a saint's day. My devotion to Kelly's Pogo is fairly well documented here already; so it's exciting for me to post about some great Kelly drawings that weren't created for Pogo but rather served as illustrations for a prose allegory of human development, John O'Reilly's 1952 story The Glob. 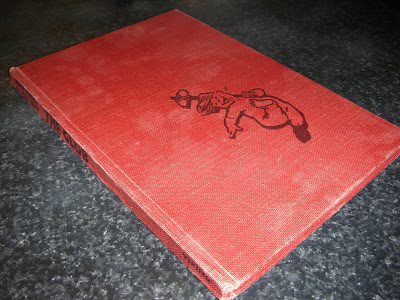 I first heard of The Glob at the tender age of nine, when my grandmother gave me a copy of The Best of Pogo, a round-up of Kelly work and articles from a Pogo fanzine. The Best of Pogo reprinted a single illustration from The Glob, enough to whet my appetite for more, and I kept a weather eye out for The Glob for years without ever spotting any telltale signs of it. Until this summer, the closest I got to The Glob was a few years ago at a used bookstore in Brattleboro, Vermont, where I routinely asked the proprietors if they had any Kellyana for sale. Turns out they had just sold a copy of The Glob—their only copy. I was out of luck again.

But then it turned out I was just in the wrong town in Vermont. When I joined Isaac at the Center for Cartoon Studies in White River Junction this past June, the first thing I asked for at the Schulz Library was The Glob—and lo and behold, it was in my hands five minutes later. I couldn't take the library copy away, of course, but I was able to snap a few photographs of the gorgeous Kelly illustrations of dinosaurs, saber-toothed cats, and primitive humanity. See for yourself below, and enjoy this votive offering of sorts in memory of my favorite cartoonist, born August 25, 1913, died October 18, 1973. 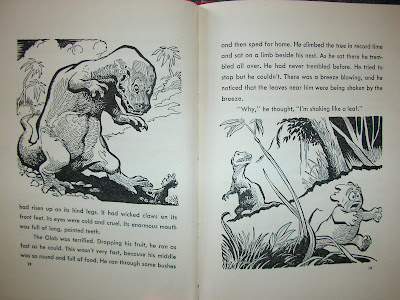 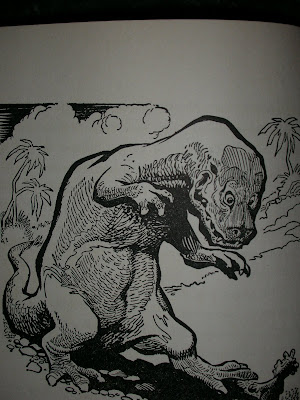 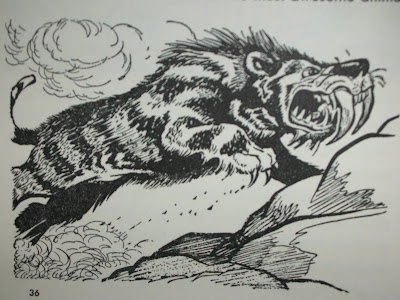 Primitive humanity in the guise of the Glob hisself: 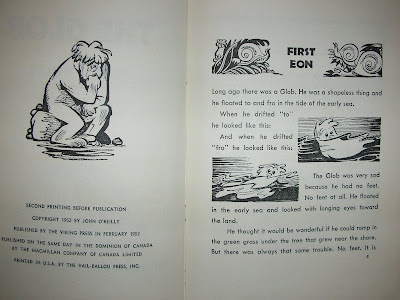 And here are the gorgeous endpapers,
a great big scene of animals and people at play: 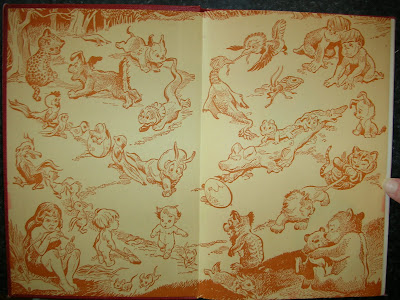 —and note the bottom right corner, with its echo of awesome old folklore: 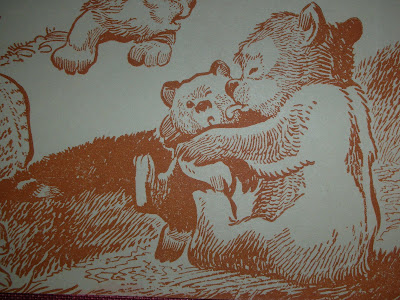 Those baby alligators are adorable.

Aren't they just? The alligators, I mean: adorable. I figured you might like the big bug just above them, as well.

Beautiful stuff--naturally since it's Walt Kelly!

You can really see in the outside "outline" of that dinosaur where Jeff Smith is getting stuff for his bag of tricks.