I Took the Train to the MLA, and What Did I See?

So: I'm back from the MLA Convention now, after riding the rails there and back in order to save money. What could have been an hour and a half in a plane turned into nearly twelve hours on the Vermonter. It wasn't delayed or anything. That's just how Amtrak rolls. And actually it was pretty fun.

On the way down to Philadelphia, somewhere in the vicinity of Hartford, the train got completely full, and the seat next to mine was claimed by a six-year-old girl. She was traveling with an adult cousin who was (apparently) not very interested in entertaining the little one. So, somewhere around Bridgeport, Miss Six got bored.

We talked for a while, and eventually we decided that we would draw together. (I figured if the activity would entertain Prof. Wenthe, it would probably also entertain a six-year-old girl.) We took turns nominating topics for drawing: a treasure (mine), Aladdin's Palace (hers), and so forth.

At one point, she got dispirited, as if she were losing a contest, because I was a better drawer. I told her we weren't drawing against each other, but she kept pouting. I suggested that we draw something easy, and she said we should draw spiders.

She laughed herself silly when this was what I produced. 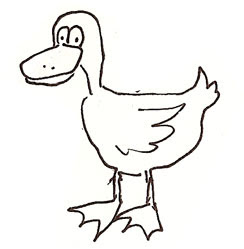 After that, we were friends again. Miss Six suggested that we draw princesses. Click to enlarge this, and you can see the train-car shaking my line: 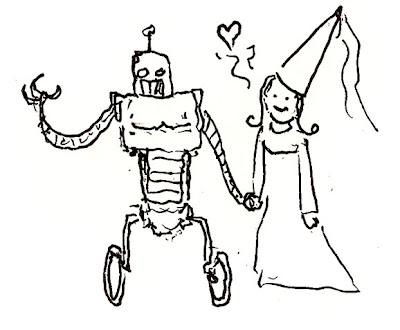 Miss Six did not like this princess drawing. "No. Why is she marrying a robot?" she asked.

"I think she loves the robot," I said. "See? There's a heart coming out of her there."

"She shouldn't love a robot," the little girl said. And then I got a grade of two Xs. That's not good. 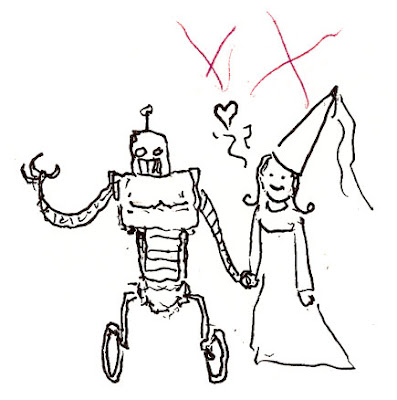 I tried again, with the same princess and a different husband. 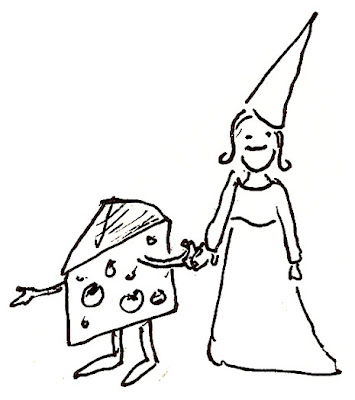 Before I could get another bad grade, I had the cheese announce his own verdict, and asked Miss Six to read it out loud. 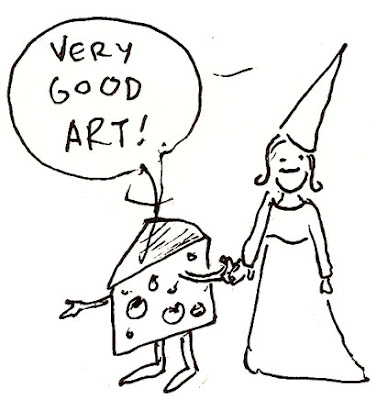 As you can see, from the very moment I left Burlington, my high-octane critical intelligence was concerned with post-structuralist cultural critique and the hermeneutics of alterity.
Posted by Isaac at 9:34 PM

I am in love with this post. I give it not only two X's but also two O's, because I want to hug and kiss it.

You are a big softy, my friend.

I am sending this to friends who are worthy of robot-princess marriages.

Thanks for the note, Fay. One day, I'll have a tenure-track spot again. That's my sincerest hope.