One of the small amusements that I allow myself from time to time is a look at the toys in the toy aisle at the drugstore. They're mostly pretty cheap, and pretty garish, and I think it has been a long time since I was tempted to buy one. (I did buy a sticker activity book featuring the Hulk and the Abomination; I'll have to blog about that some time.)

The last time I was at the drugstore, I found one of the worst licensed Marvel superhero products I'd ever seen. It was so lame, and had such amusing mistakes, that I snapped a quick picture with my cameraphone. If I were a real pop-culture blogger, I probably would have bought the decorated plastic ball* to bring it home and make a proper scan of the packaging. As it is, I may have to do a little interpretation of this blurry closeup from the back of the package. 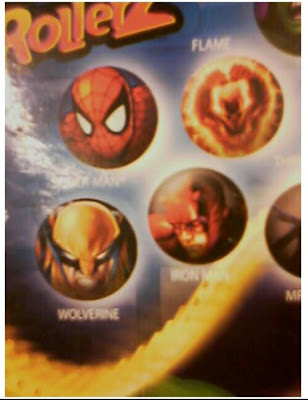 What you're looking at, there, are a handful of the characters available on the various individual balls. This one was Wolverine, I think. Notice that all of those fellows have been in Hollywood movies lately. Clockwise from lower left, there's Wolverine, that scrappy Canadian, and Spider-Man, one of the two times he appears in the dramatis personae. And then there's this famous guy... 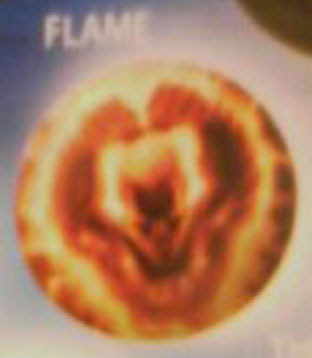 And then you have this well-known hero, coming soon to a theater near you: 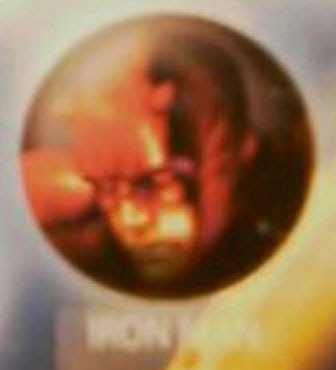 It's not easy to read, but I assure you, that drawing is labeled "Iron Man." (As played by Ben Affleck.)

Probably they're all just Skrulls anyway, right? Isn't that where this is heading?

* Yes, as far as I can tell, RipRollerz are balls with the image of a superhero decorating them and sort of puffing out from the sides. I think you play with them by pulling a ripcord that makes them spin. I'm not sure how that works, exactly.
Posted by Isaac at 4:25 PM

Jeezaloo...I thought the packaging on my large-size action figure of the Scarlet Spider* was poor, but this is somewhere between egregious and laughable. No, wait: it's both!

I have to wonder if these are made by the same folks who brought us Snopply?**

*I hasten to add: it was a gift, and I have never read an actual issue of Spider-Man comics from the Clone Saga.

**Shout-out to my man Jon Lewis!