If Sauron had won... 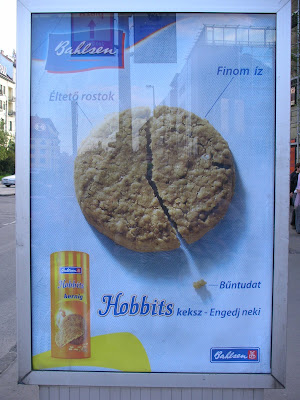 Labels: not comics, reports from the field

Can you translate the labels in that diagram? Please tell me that "Büntudat" doesn't mean "foot hair."

Hmm...I can't tell you that "Büntudat" doesn't mean "foot hair," because I can't tell what it means.

"Keksz" means cookie (or "biscuit," according to the non-Americans at Lonely Planet).

"Engedj neki" I think means something like "Indulge yourself" (literally, it's something more like "You have permission" or "Allow yourself")

That's the best I can do. (And I appreciate that you probably weren't really asking, but you know me...) It is funny how much Hungarian sounds like the Black Speech of Mordor, though.

I could imagine that. Isn't there some sort of early-20th-century-European-politics allegory swimming behind the races and clans of Middle Earth, anyway?

As a so-called modernist, I should know more about this than I do.