Alphadonjon: J is for John-John

My concession to the fact that I am traveling this week is that for this installment of Alphabooks I've only drawn one character from Donjon. Sort of.

You see, J is for John-John. 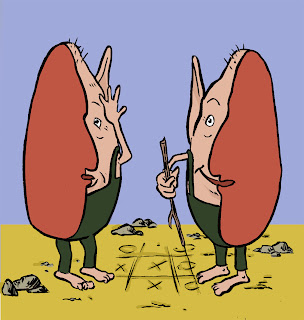 You can see John-John in the background of lots of the Zenith and Parade books, but it's only in the first volume of Monstres that you'll discover why he looks that way.

Do you remember when I told you that the Sword of Destiny can cut without wounding? Well, before he met Delacourt, John-John was a big four-legged potato of a guy. Then there was an altercation, from which followed an alteration.

John-John is a sweet guy, though, and although he's technically one of the monsters in the Dungeon, my impression is that he's a lot less dangerous than Grogro. 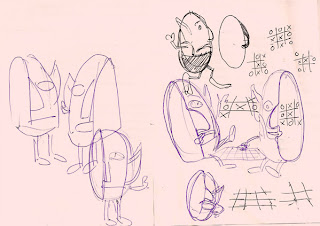 Next week: the very model of a peristeronic dungeon administrator.
Posted by Isaac at 12:01 AM